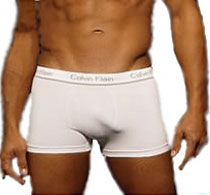 A vasectomy is a minor surgical procedure used to make a man sterile. It produces infertility by blocking the transport of sperm through the vas deferens. It is one of the most popular forms of contraception worldwide, and is regarded as safe, simple and highly effective. Although the man continues to have sexual intercourse and climax as before, his semen does not contain sperm and he cannot father a child following a vasectomy.

A man and his spouse should carefully consider their options before deciding about a vasectomy. It’s important that every couple to be fully informed and aware.

The Surgery “The Snip”

A vasectomy is performed by cutting the vas deferens, the small tube that carries sperm from the man’s testicles to become part of his semen. This is done under local anaesthesia with or without sedation.

You will be going home on the same day with simple analgesia and antibiotics.

You can have a shower the next day.

Vasectomy does not make you sterile immediately. You’ll want to continue using some other contraception until your doctor tells you otherwise. Immediately after a vasectomy, active sperm will remain in the semen for a period of time. It may take 20 to 25 ejaculations and several weeks before your semen is free of sperm. Your local doctor will test the semen, perhaps several times over several weeks, and let you know when you can safely consider the vasectomy to be complete. This can take up to 6 months.

Getting Back to Work And Normal Activities

You will be able to go back to work and normal activities the next day.

Vasectomy considered among the safest procedures and the majority of complications, if any, are minor and easily treated. These include a chance of infection, bleeding or transient bruising, temporary swelling or fluid accumulation.

Following the procedure, some men experience pain, often as a dull ache, caused by a pressure on the miniature tubes of the epididymis. This is usually treated successfully with medication, but the removal of the epididymis is sometimes recommended.

Short-term failure of vasectomy is usually defined as the presence of sperm in the ejaculate at 3-6 months or after 25 ejaculates following the procedure.

Late failure can occur at any time after vasectomy and is thought to be due to recanalization of the vas deferens. In a prospective study, a late failures that resulted in pregnancy were 9 failures in more than 30,000 vasectomies.